Water is one of the most essential elements of survival for most terrestrial life forms. Humans have inhabited the planet for over 200000 years. However its only in the last 10,000 years that man has discovered and practiced transporting and managing surface and ground water. This has led to the domestication of his life and man finally started settling into an agrarian lifestyle. Such was the impact of the invention of hydraulic engineering and thus village to urban size settlements started emerging very rapidly.

The first successful efforts to control the flow of water were driven by agricultural needs (irrigation). Irrigation probably began to develop at a small scale during the Neolithic age in the so-called “fertile crescent,” an arc constituting the comparatively fertile regions of Mesopotamia. While in Egypt and far East in the Indian Subcontinent, people began controlling the waters of large rivers like The Nile which was more predictable.  Self sufficiency in food, led to greater trade and economic development and legendary civilizations like the Egyptian, Mesopotamian, Greek, Indian etc began to flourish. As settlements moved away from the water source the basic character of using canals to divert water from flood plains of river beds to the fields for agriculture and the use of ponds, water storage tanks and wells became common for domestic use. With a more detailed understanding of the nature of surface water, ground water and rain water; a robust and sustainable water management system was evolved in each of the civilizations that prospered for thousands of years. 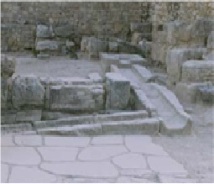 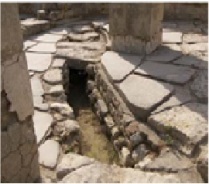 Just as water management was a key driver to the progress of various civilizations, it also became the cause of fall of several empires. Ignored or over exploited water systems like in the case of the civilization of Angkor in Thailand could not cope with the severe droughts followed by heavy rains. Unreliability and unpredictability led to extreme water stress in many civilizations of the recent past and from antiquity. During wars, it was a common military strategy to contaminate the water source so as to break the siege and make the enemy surrender in a day which would otherwise lead to much greater losses of life and property.  Inefficient and poorly maintained water distribution systems led to large scale diseases and collapses of generations within civilizations. To avoid this some civilizations, also made it as an element of worship to create great reverence and there by preservation and maintenance from contamination.

A balance of available water sources like surface, underground and stored systems was developed, so as to sustain during climatic, political and natural calamities. The balance was unique to each region of every civilization.

The Indian subcontinent itself has over 20 different water and rain water management systems developed and practiced since thousands of years.

WATER MANAGEMENT IN THE INDIAN SUBCONTINENT.

There are evidences of advanced water harvesting and management systems since pre historic times in India, found in the Puranas, Mahabharata, Ramayana, Buddhist, Jain texts. The “Kautilya Arthashastra” also has elaborate description of policies and strategies related to water self sufficiencies in the kingdom. As early as the 3rd millennium BC, farming communities in Baluchistan impounded rainwater and used it for irrigation. Dholavira, a major site of Indus valley civilization (3000BC – 1500BC) had several reservoirs to collect monsoon run off and an excellent drainage system. Even the Upanishads emphasized on the maintenance of the drainage and water supply systems to prevent the contamination of one to the other.

Water management was planned through a scientific understanding of climatic, topographical, geological and hydrological data. This led to the development of unique systems like the canals using glacial melt in the Trans himalyan region, or Kundis in Rajasthan or the dams in the southern India, each bearing unique details of construction and use. A rich heritage of region specific water management and rain water harvesting systems evolved all across the Indian subcontinent. While some used to tap the mountain streams and glaciers, the others made dams on rivers, some made sustainable storage systems like Kundis in Rajasthan or others tapped ground water like in the Deccan plateau in Maharashtra. This balance grew in its evolution and sustenance for thousands of years until a little less than a century ago. For centuries on end, an intimate connection between Water Management and the people persisted, one that was revered, cherished and maintained.

The Disconnect between Man and Water.

The British rule, brought in an urban system of water management more inherent to England than to the Indian region. Irrespective of the geology, topography or hydrology a centralized system rooted in the piped water supply philosophy began to emerge.  Water available at the doorstep became a luxury. The transition from luxury to norm was very rapid. Piped water supply was a symbol of modernization, irrespective in any part of the country and being taken for granted. From a revered judicious use, to lavish, unequal and wasteful use of water  became a lifestyle. A piped network means water, became the myth that our country started adjusting to. Since common man was no longer involved the localized management of the water systems the respect for water availability and reliability was lost. Cities were planned for water but not the waste water. Waste water started polluting the water sources and many cities lost their primary sources of water supply the rives, like the Yamuna in Delhi or the Ganga in Benaras and Kolkatta. While these ancient cities, survived all these years due to the importance of the rivers that flowed through their lands, in present times have polluted them so much that they have become drains carrying waste water and insutrial waste. Cities now rely on catchment systems over 100km away. Such is the prudence of mankind.

Like losing the rivers was not enough, we are increasingly facing the issues of climate vulnerability where once again the sources of water are threatened by earthquakes, floods and storm surges. Cities are being developed and billions of rupees are being spent on water infrastructure with the same results of inequity, shortage, vulnerability, unreliability. The removal f the common man from the local water management has led to disconnect from revering water as an element. Water supply has become a responsibility of only the government. While millions of litres of rain water falls on the ground every year where we live locally, we let it go and await for the government to spend an immense amount of money to create water storage systems, which are susceptible to contamination, leakages and wastage. Creating a localized infrastructure could cost the government a fraction of the amount it spends on the centralized systems.

At this interjection, it is time we realize and question our current systems of water management. Ancient Wisdoms have either died or is dying a fast death under the un thoughtful application of foreign systems. How many rivers shall die, before we become aware, how many droughts shall we face before we wake up, how much money shall we spend through taxation before its too late. Its time we acknowledge our traditional wisdom and practices and apply them to the modern context, thereby creating a synergy of the OLD and the NEW. Lets leave our future generations one less thing to worry about, lets become a water prudent and water efficient country. ‘Lets not save the world, but lets create a world that does need saving.”